Showing posts with the label Martin Rosete
Show all 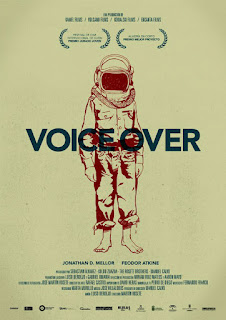 I-will-not-tell-you-whose voice leads us through three extreme situations that are actually the same… Will you survive? Voice-Over is an award-winning, global-spanning short film directed by Martin Rosete, written by Luiso Berdejo and produced by Koldo Zuazua, Sebastian Alvarez, and Manuel Calvo. "A short film on an epic scale, its main feature is the titular voiceover. The clearly agitated narrator informs you that the astronaut on the screen is you. And you’re in trouble. You see, you’ve crash-landed and your pressurized suit will only keep you alive for a limited amount of time. But before your air runs out, you’re whisked away to a totally different scenario. And then, with a similar race against time counting down, it happens again. Each scenario is gorgeously shot, making for three mini-action movies in one. But it’s the denouement that will have you cheering. Writer Luiso Berdejo is much more famous for his involvement with the horror films REC a
Post a Comment
Read more
More posts