Showing posts with the label director
Show all

Originally published in Filmmaker magazine  and written by Sarah Salovaara. David Lowery doesn’t necessarily dole out directing tips in his  production diary  for the upcoming Disney remake of  Pete’s Dragon,  but they do seep through in the details. Currently on day 11 of 70 of the New Zealand-based production, many of Lowery’s entries touch upon the fluidity of the filmmaking process. Most recently, he recounts nailing a precisely planned sequence, only to forfeit his original design for another: Today we were back in the woods at Battle Hill, shooting a sequence that I’d planned out very carefully last summer and had no interest in altering. It was two shots, with a very precise cut point, and a camera move that required counting out loud to get the timing right. We got it exactly as I’d intended. I cut it together there on set and it worked fine and so we we moved on to the next shot, which I’d also planned out somewhat extensively. It was designed to be a long, long shot,
Post a Comment
Read more

RIP to the legendary Iranian filmmaker, Abbas Kiarostami . I can only think of two ways to honor the man; by watching his films and studying his filmmaking philosophy and methods. Here are some of his movies that I recommend: Taste of Cherry , Close-up , and The Wind Will Carry Us . In the meantime, here's a quick glimpse into Kiarostami's filmmaking philosophy and methods courtesy of Martin Snyders' article, " Here’s What It’s Like to Make A Short Film with Abbas Kiarostami in 10 Days ": After graduating from Columbia University and toiling for years as a screenwriter, I finally made my feature film debut in 2013 with an independent, romantic comedy called "Missed Connections." The film won multiple audience awards at festivals, reached number one on iTunes’ independent sales charts and The Playlist  even suggested  me as a "filmmaker to keep an eye on." Things were looking up. I went to Hollywood, represented by a major talent a
Post a Comment
Read more 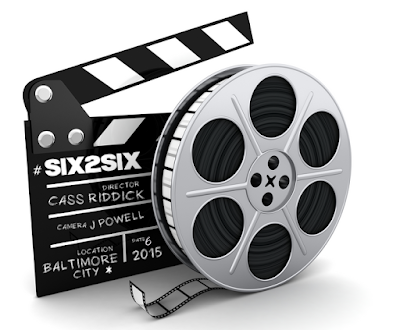 Six 2 Six | Cassandra “Cass” Riddick (dir)   | Release date: October or November 2015   |  USA  | 90 minutes (est.)   |  Format: 2.5K (Blackmagic) The entertainment industry is a tough business that chews people up with the consistency of a meat grinder. It's no wonder that the shelf-life for many filmmakers is short. But for a brave few, filmmaking is a passion that can't be ignored. Through sheer willpower and creative talent, these brave few make their dreams come true and keep on making it. Cassandra Riddick is one of the brave few. She has that perfect combination of artistic creativity, business savvy, managerial instinct and charming personality that I would argue are the main reasons to her success. She is also someone who takes what she has learned in her past productions to be better and more efficient in her future productions.  And through it all she treats her co-producers, crew, cast and everyone else in her circle with love and respect because
Post a Comment
Read more
More posts