PRODUCTION TIPS: YOUR Calendar for the Top Film Festivals and Markets in 2014 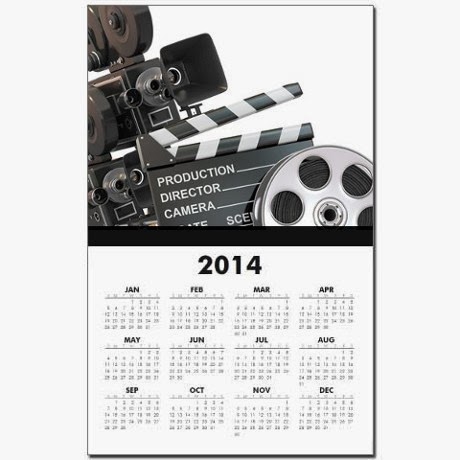 My favorite thing about starting a new year is filling out my planner with all the deadlines and screening dates for all the major contests, grant applications, markets and festivals I want to enter or visit.   Doing this hones whatever filmmaking or networking goals I have set for myself and also allows me to plan out my goals for the year to see in an instant what I can realistically aim for and when.  No matter how successful the filmmaker, he or she is caught up in a cycle of developing, writing, producing and selling projects.  Moreso, the hungry filmmaker climbing up that ladder of success.  For the filmmaker at the bottom, knowing the top script contests, film grants, festivals and markets mark one of the key differences between becoming successful or not.   Knowing the top places to target means you are not wasting time chasing fruitless ventures.  So, if you are reading this, it's because you ARE serious about climbing up that ladder and getting to a point where you are making an actual living in the film/TV industry.  Good luck in 2014 and never forget... behind the visuals, a vision!

FILM FESTIVALS and FILM MARKETS*
There is nothing like watching your film go up on the big screen.  But not all screens are the same.  Although I wish all screens were like the Ziegfield's (which is where I saw The Thin Red Line when it opened btw) most of the time we just take what we can get.  It's the same thing with film festivals; having your film screened in practically any film festival is a blessing and something to be proud of.  But there are a select few festivals that everyone wants to get into because of its prestige, history, connections and ability to send your filmmaking career into orbit.  Those are the first tier festivals where legends are born and reputations are made.

Below you will find a calendar with a listing of those very festivals; the creme de la creme. If I could, I would go to every single one of these and catch at least one film, workshop, panel and party in each one. Until Hollywood comes a'calling (and even after), it should be your supreme goal to have your films open or screen in one if not all of these noteworthy festivals.

And don't forget the film markets. The calendar below also includes the important film markets you also need to attend so you can find investors and buyers for your films.  Being a regular at these festivals and markets is a sign that you are a major player, especially if you're invited.  Granted, you may not have a film opening in one of these festivals or a film to sell in a market yet but you should still go as an attendee to as many of these events as your budget, time and geographic location allow (at a minimum, follow the news going on in these places throughout the year).  You can still reap the benefits of learning, networking and getting experience in filmmaking. And most importantly you'll get to see some great films.

* Calendar date is for the approximate operating festival dates NOT the submission deadline dates.  Check each site for the various submission deadlines including Early, Regular and Late Deadlines as well as fees and rules to enter or visit.

Stay tuned for The Film and Documentary Grant and Fellowship Applications Calendar.
at January 17, 2014