Showing posts from December, 2013
Show all

​ on loan from Short of the Week - see their 2013 list of shorts 2013 winds its way to a close and we are wiser, wealthier or both.  Hopefully.  Wealth is never a guarantee for the veteran filmmaker let alone the first-timer. And, as a result, the wisdom gained can be bittersweet.  Nevertheless, as a weird mix of artist and entrepreneur, the wealth and wisdom we attain can be measured and classified in a variety of blessed ways.  Wealth and wisdom in practical knowledge, local connections and production experience are valuable indeed. We live and work in interesting times and the tech we use and watch, the society we live and practice in and the tactics and strategies we employ are ever changing taking our beloved art form to strange places. And until the end of time or until film as an art form is supplanted, each year brings something new that mattered in film and TV; whether its a modification of something old for new times or something simply brand new and unexpected.
Post a Comment
Read more

Amplifier circuit, common-emitter configuration with a voltage-divider bias circuit. HBD to the transistor , the fundamental building block of modern electronic devices , found in everything from TVs, mobile phones, radios, calculators and computers.  That you can read this post is a function of the transistor's capabilities, so thank you John Bardeen , Walter Brattain , and William Shockley for developing it at Bell Labs in 1947.  Thanks to the transistor we can watch movies on screens as large as walls and as small as belt buckles. WRITING: What are the elements of a good scene ? LEGAL: How much does an entertainment lawyer cost ? PRODUCING: Do women prefer films made by female filmmakers ? FINANCING: How do you finance a movie using VOD sales projections ? DIRECTING: How do you turn your boring movie into a Hitchcock thriller ? (h/t to Jeffrey Michael Bays and makes a great last-minute gift) SHOOTING: How do you add diffusion to your image by 'netting
Post a Comment
Read more 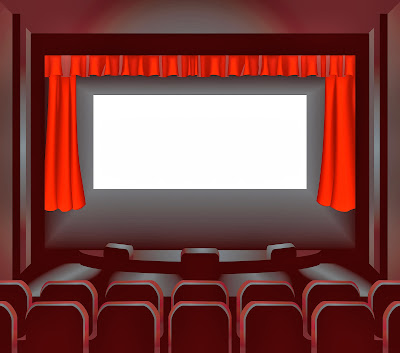 December 18 marks the births of legendary directors Jules Dassin (1911) and Steven Spielberg (1946) and the deaths of classic director Robert Bresson (1999) and influential animator Joseph Barbera (2006).  These 4 figures offer so much to choose from for inspiration and knowledge; they are an expert craftsman of filmnoir, a master storyteller of fantasy and wonder, a French auteur of transcendentalist and ascetic filmmaking and an influential animator who captured the zeitgeist of the 60s, 70s and 80s with his wild and funny cartoons. Jules Dassin Notable works: The Naked City, Night and the City, Rififi   Steven Spielberg Notable works: E.T., Indiana Jones, Jaws, Munich, Saving Private Ryan, and so much more. Robert Bresson Notable works: Pickpocket, A Man Escaped, Au Hasard Balthazar, Diary of a Country Priest Constructive Editing in Robert Bresson's Pickpocket from David Bordwell on Vimeo . Joseph Barbera Notable works: Tom and Jerry, Huckleberry Hound,
Post a Comment
Read more 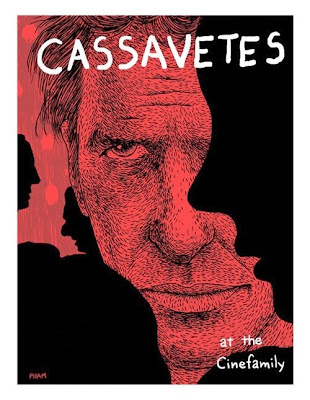 Today John Cassavetes would have been 84.  Aside from watching all of his films in an all-day or week-long marathon, there is no better way to pay homage to the godfather of American indie films then by learning from his words and his methods.  Below are excerpts and documentaries on the making of many of his films like Husbands, A Woman Under the Influence, Shadows and more. John Nicholas Cassavetes (in Greek: Ιωάννης Νικόλαος Κασσαβέτης; December 9, 1929 – February 3, 1989) was an American actor, film director and screenwriter. He acted in many Hollywood films, notably Rosemary's Baby (1968) and The Dirty Dozen (1967). Cassevetes was also a pioneer of American independent film by writing and directing over a dozen movies, some of which he partially self-financed, and which pioneered the use of improvisation and a realistic cinéma vérité style.  He studied acting with Don Richardson , using an acting technique based on muscle memory. ~~ Wikipedia   Here a
Post a Comment
Read more 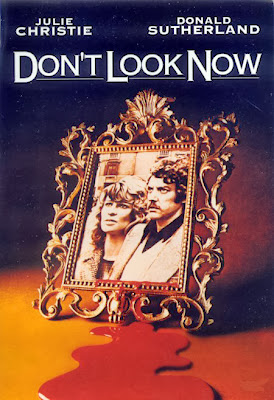 Don't Look Now | Nicolas Roeg | 1973 | UK, Italy | Format: 35mm | 110 min  Released in the US 40 years ago today on December 9, 1973.   When British director Nicolas Roeg’s perverse thriller Don’t Look Now hit American theaters, not everyone was happy. In the New York Times review, Vincent Canby claimed that when this “fragile soap bubble of a horror film” ends, “you may feel, as I did, that you've been had.” Adapted from a Daphne Du Maurier short story, Don’t Look Now previewed many of the director’s upcoming themes—chaotic, realistic sex; disjunctive narrative montages; storylines that collapse the psychological and the supernatural. Here a young couple (Julie Christie and Donald Sutherland), traumatized by the recent drowning of their young daughter, comes to Venice for a working holiday and possible relief from their grief. What they find instead is a mystery lost in the maze of Venice’s back streets and canals and shrouded in the city’s famous fog
Post a Comment
Read more

PRODUCTION TIPS: 7 Artistic Decisions for the Director to Make 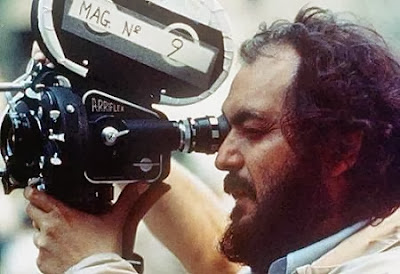 Master director / master decision-maker: Stanley Kubrick Decisions on acting, cinematography and editing are the main provinces of the director. And rightly so, because those decisions, good or bad, many or few, are what distinguishes the kind of film we see from one director to the next. Still, as important as those decisions are, the director has no decision to make without a script.   Of course, no one needs to be convinced of the importance of the script since that is where it all begins.  The screenwriter writes, rewrites, polishes and submits the script to the producer and director or produces and directs it herself.  As soon as the actual production of it is imminent , practical considerations like budgets, schedules, rehearsals, set and prop designs, etc. come to the fore which affect the kind of film the script will become. But more important than even those, I think, are the considerations of aesthetics and visualizations that the director undertakes before and while
Post a Comment
Read more

Created by script reader and Reddit user profound_whatever WRITING: What are 38 reasons why your screenplay isn't getting recommended by the script reader? PRODUCING: Ok, Mr./Ms. Producer, here's a challenge: What creative work would you make with this ? FINANCING: Even if you're a no-budget filmmaker right now, one day you will have to know the ABCs of International Pre-Sales .  Why not start learning today? DIRECTING: What can lessons on editing, directing actors and choosing shots from Bruno Dumont teach you about filmmaking? SHOOTING: When should you use RAW and when should you avoid it? LIGHTING: What are 5 tips to improve your green screen shooting skills ? SOUND: What are some things to learn from a quick primer on music licensing ? STUNTS & VFX: Ever consider that maybe the best set for your movie is your living room ? (h/t to @ JasonFararooei ) EDITING: What should you know about advanced storage for your files ? MARKETING:  Why is eng
Post a Comment
Read more
More posts