Showing posts with the label Paco Torres
Show all 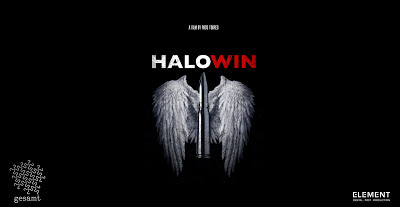 Three friends get ready for a hot halloween night out, until destiny changes their lives forever.  Even though we've all heard about the type of film made for less than $100 that then goes on to reap success beyond the value of its budget, it's still surprising to come across films like that.  Halowin is that kind of film; made for about $50, and shot and acted with intense provocative grit.  It all started in August 2012, when Danish director  Lars von Trier  posed a challenge to aspiring filmmakers of the world: Reinterpret one or more of six classic works selected by von Trier into a film, video, still, piece of music or soundpiece for a project entitled "Gesamt - Disaster 501: What Happened to Man." The Gesamt project will take 400-plus submissions and work them into one exhibition at the Charlottenborg Palace in Copenhagen, Denmark, to run October 12 through December 30, 2013.    The Irish short film "Halowin" directed by the Spanish-D
2 comments
Read more
More posts