Showing posts with the label Jean Luc Godard
Show all 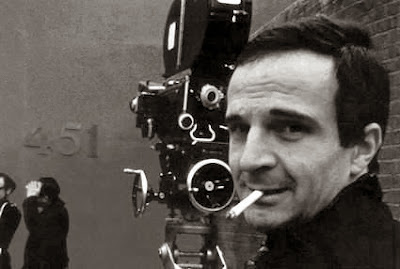 October 21, 1984 - François Truffaut dies One of the central figures of the French New Wave, François Truffaut, died October 21, 1984. Born in Paris in 1932, living an itinerant childhood with his single (later remarried) mother and several relatives, Truffaut became a child of the cinema early in life. He would steal away from school and sneak into matinees — childhood experiences that would form the basis for his first feature, The 400 Blows . He won the Cannes Best Director Award in 1959 for the picture, in which the 14-year-old Jean-Pierre Léaud played his alter ego, Antoine Doinel, enacted the tale of a neglected child poised between a life of petty crime and something greater. Before The 400 Blows , Truffaut had made several shorts but was mostly known as a tough-minded film critic at Cahiers du cinéma who often savaged conventional French cinema and endorsed instead the journeyman Hollywood directors celebrated by “auteur theory,” the critical school he helped found. Thr
Post a Comment
Read more
More posts