Showing posts with the label Terry Gilliam
Show all

SCRIPT TO SCREEN: the art of storyboarding with Terry Gilliam 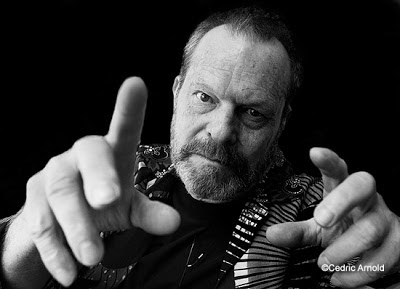 In this video, Terry Gilliam discusses how storyboarding helps him visualize, refine and even change the script for his movies.  Lots of good insight into his thought process and filmmaking workflow. Regarding this video and it's usefulness to filmmakers, David Kendricken at Nofilmschool wrote: "Gilliam says something interesting immediately, and that is his use of drawing sometimes during the writing phase. Storyboards in a strict sense are traditionally done once a script has reached a certain plateau of finality — meaning it may not be locked outright, but only relatively minor alterations will be made in subsequent drafts. Gilliam here describes his storyboarding process sometimes affecting the script as new visual ideas come out, which is an interesting inversion of convention as I see it. He highlights the benefit of using storyboards as the skeletal basis of a scene’s structure, allowing out-of-sequence shooting to work just as well as shooting in-
Post a Comment
Read more
More posts