Showing posts with the label THR
Show all

The Hollywood Reporter recently interviewed French producer, Nicolas Chartier . You might know him for the Oscar-winning films (The Hurt Locker and Dallas Buyer's Club) his company, Voltage Pictures , has produced. Or you might know him as the guy who went on a tirade about union workers. Or you might know him because he sued you for illegally downloading The Hurt Locker and his other films. Love him or hate him, in The Hollywood Reporter's recent interview with him he speaks clearly about the success and difficulties of filmmaking including how he has charted a path producing both indie dramas and action films, why a union-worker should not be paid so much and why piracy has made him have to shoot 5 films instead of 10.  +++++++ Nicolas Chartier  has an issue with impulse control. The 40-year-old France-born president of Voltage Pictures — which, since it opened nine years ago, has been releasing a steady stream of Oscar-nominated dramas ( Dallas Buyers Club ), scrapp
Post a Comment
Read more 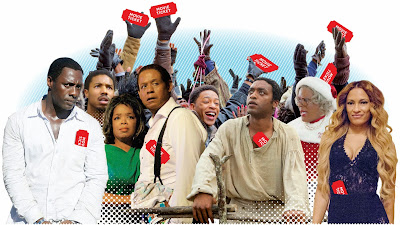 www.hollywoodreporter.com It seems like common sense that the best way to market a film with minority characters is to emphasize the presence of those minority characters and draw in minority audiences in large numbers.  End of Watch is a good example of this;  "The film stars Jake Gyllenhaal and Michael Pena as two cops assigned to South Central L.A. Pena's character is of Mexican descent and from East L.A.... When End of Watch debuted over the Sept. 21-23 weekend, 32 percent of the audience was Hispanic, both Spanish- and English-speaking (separate breakouts by language aren't available). The film, distributed by Open Road Films on behalf of Exclusive Media, won the frame, grossing $13.2 million (a solid number for an indie)..." But studios and distributors walk a fine line between promoting the film's minority appeal to get minority audiences and downplaying it's strong minority presence to avoid alienating white audiences.  As a 2011 study
Post a Comment
Read more 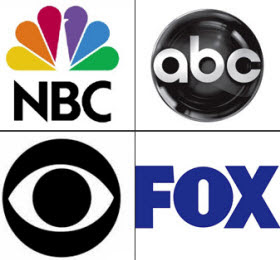