Showing posts with the label Psycho
Show all

SCRIPT TO SCREEN: Alfred Hitchcock on planning the shots 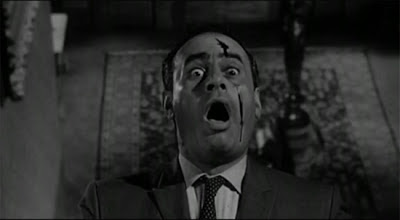 "You see, it is very, very essential that you know ahead of time something of the orchestration: in other words, image size. What I mean by orchestration is, take the close-up, well, that's like in music: the brass sounding brassy, loud sound before you need it. Sometimes you see films cut such that the close-up comes in early, and by the time you really need it, it has lost its effect because you've used it already. Now, I'll give you an example where a juxtaposition of the image size is also very important. For example, one of the biggest effects in PSYCHO was where the detective went up the stairs. THE PICTURE WAS DESIGNED TO CREATE FEAR IN AN AUDIENCE AND THEN GRADUALLY TRANSFER FROM THE SCREEN INTO THEIR MINDS. HENCE, THE VERY VIOLENT MURDER TO START WITH, ANOTHER ONE LESS VIOLENT -- AND MORE FRIGHTENING -- AND THEY'VE GOT THE THING IN THEIR MIND. Then, as the film goes on there is no more violence. But in the mind of the audience
Post a Comment
Read more
More posts