Showing posts with the label analysis
Show all 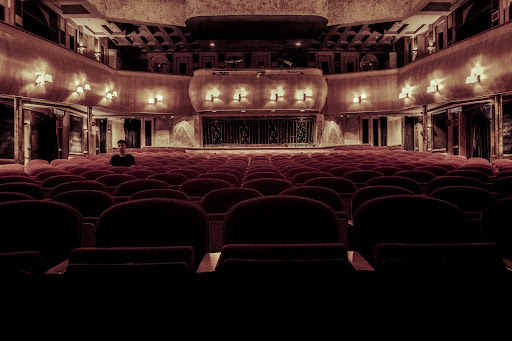 The overabundance of sequels is nothing new. But why are they in theaters instead of in the secondary markets of Direct-to-DVD or VOD? Nico Lang from Salon attempts an answer: Part of that is due to a studio system that’s grown more cautious in recent years, banking on pre-existing properties that seem like safe bets in an uncertain film market. “We have projects at six studios, and ninety per cent of their attention goes to the ones that are superhero or obviously franchisable,” director Shawn Levy (“Night at the Museum”) told the  New Yorker . “And every single first meeting I have on a movie, in the past two years, is not about the movie itself but about the franchise it would be starting.” The other reason, though, that so many theatrical sequels are being greenlit is because of the erosion of the home video market. With the disappearance of video stores, the rapid decline in DVD sales, and sluggish VOD numbers, movies are being pushed into theaters that have no busines
Post a Comment
Read more

How many times have you asked someone about a movie and they just said, "It was great!" or "It sucked!"? More times than you can count, I'm sure, in fact we all do it, even the person who writes a dissertation on the brutality in millenial horror films and French art cinema . There is nothing wrong with that per se since we don't always have the time or the interest to analyze a film.  BUT as budding filmmakers and lovers of cinema, it is worth the time to dig deep into a film that moves you to love it or hate it. We have all heard the stories of film directors who never went to film school but just watched tons of movies and learned everything they needed to know about directing and storytelling from that. Legendary screenwriting teacher, Syd Field, always recommends watching movies as part of his way to teach screenwriting. Advising filmmakers to watch movies to become better directors is nothing groundbreaking but it bears repeating. Howev
Post a Comment
Read more

- June 25, 2013
A large part of a distributor's and filmmaker's day is spent considering how to extract that extra bit of attention from the audience to extract that extra dollar.  Hollywood and its counterparts have the time, desire and money to analyze and figure out ways to accomplish that feat (too bad that the efforts to market many times end up better and more creative than the actual film itself but that's another story).    And although many independent, specialty or art filmmakers can't invest the time or money that Hollywood does (many don't even want to), they still learn, adopt and modify what Hollywood does to effectively reach the audience.  That's why I found the new Google white paper, "Quantifying Movie Magic with Google Search" by Reggie Panaligan and Andrea Chen informative.  The paper is meant to sell the importance and value of using Google/Youtube as a search source and its intended target audience are the makers of studio-financed/distribu
Post a Comment
Read more
More posts