Showing posts with the label studios
Show all

The overabundance of sequels is nothing new. But why are they in theaters instead of in the secondary markets of Direct-to-DVD or VOD? Nico Lang from Salon attempts an answer: Part of that is due to a studio system that’s grown more cautious in recent years, banking on pre-existing properties that seem like safe bets in an uncertain film market. “We have projects at six studios, and ninety per cent of their attention goes to the ones that are superhero or obviously franchisable,” director Shawn Levy (“Night at the Museum”) told the  New Yorker . “And every single first meeting I have on a movie, in the past two years, is not about the movie itself but about the franchise it would be starting.” The other reason, though, that so many theatrical sequels are being greenlit is because of the erosion of the home video market. With the disappearance of video stores, the rapid decline in DVD sales, and sluggish VOD numbers, movies are being pushed into theaters that have no busines
Post a Comment
Read more

CASE STUDY: The Lionsgate-Starz Merger: Changing the Landscape or Just Another Blip? 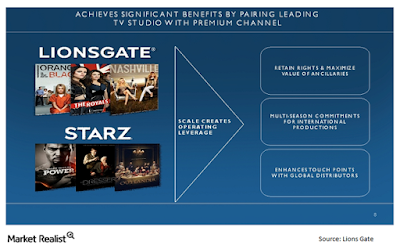 In a nutshell, "this [Lionsgate-Starz merger] deal is about increasing content and distribution." And mainly to the benefit of Lionsgate because it has and creates tons of content and now has a TV distribution outlet for all of that content at its control. It is (regrettably?) another step in the corporate consolidation of the media landscape and another sign of how difficult it is to make money while competing with other studios and other forms of entertainment. Many are saying this is changing the landscape  (since it will help compete against the streaming networks) and maybe it is, but I can't help just see this as just another step in a landscape that has already been changing since the DVD stopped making money as Netflix and YouTube started making money. For the business and legal heads out there, here's an in-depth analysis of the Liongsgate-Starz merger from the Market Realist .
Post a Comment
Read more

REPOSTED FROM MY OTHER BLOG: LENSATIC I have always admired the low-budget filmmaker who can make something beautiful or daring or entertaining with the tiniest budget.  Unfortunately, the low-budget filmmaker is not the rarity but the norm.  There is no shortage of filmmakers trying to create even if it means at negative cost to themselves because there is so much potential financial and personal reward in the end.  Maybe that's why the industry has been able to get away with paying nothing for highly creative and technical services and expensive equipment.  That's done more harm than good in the grand scheme of things.  That is why Charles Davis has done the industry a service by reporting on the internship abuse in the entertainment industry.  In a post for The Baffler, he  tracks and outs  the production companies that continue to perpetuate one of the worst practices of the film and TV industry: failing to pay workers a real wage by offering instead "pay on an
Post a Comment
Read more 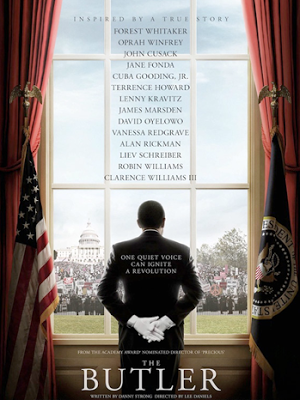