Showing posts with the label Peter Coyote
Show all 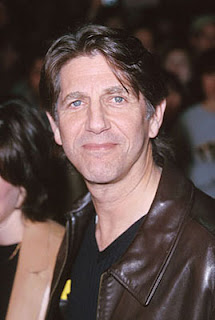 Actor, Peter Coyote, has written a letter that I think should be spread far and wide. Read it in full here . My favorite part* is the recommendation he makes, which is this: There is a simple way leading actors might bring a second, more flexible and targeted weapon into the fray on behalf of your colleagues which incidentally, would provide the ancillary benefit of insuring that you consistently play opposite actors of the highest caliber. If you were to include language in your contracts specifying that, in your films, the “quotes” of your peers must be recognized as a negotiating floor for their compensation, if you publicized that fact, and, if you kicked back a modest amount, say on salaries over six million dollars a film to make that money available, each and every actor negotiating to play opposite you would be empowered to demand the fair compensation that he or she has won for their work. (my bold ) People in general, and specifically lawyers, are accustomed to doin
Post a Comment
Read more
More posts