Showing posts with the label branding
Show all

PRODUCTION TIPS: What is your BRAND as a filmmaker or crew member? 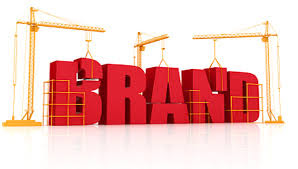 One drawback of making shooting and editing technology accessible to the masses is that the field gets crowded with more filmmakers vying for the limited attention of audiences and clients.  And while technology has made the field more democratic, it hasn't leveled the pyramidic structure of the movie industry.  At the top of the movie industry are the titans like Spielberg, Lucas, Scorcese, Malick, Nolan and all the other A-list Hollywood filmmakers.  Below them are the top indie filmmakers like Spike Jonze, Wes Anderson, Jared Hess, Neill Blomkamp, Shane Carruth (you could also add the top directors in television, music videos, commercials and documentaries here). Below them are the filmmakers who have had their films appear in the top film festivals, at least once, and are in a good position to move up the pyramid with their next project.  Below them are the filmmakers who have a very good track record overall; a combination of lots of festival screenings, financiers willi
Post a Comment
Read more
More posts